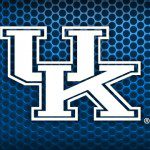 John Calipari embraces being a player’s first college coach and he has yet another crop of talented freshmen eager to end Kentucky’s national championship drought.  Going into his third season, Calipari also has some veterans returning to help ease the path back to a second straight Final Four for the Wildcats, ranked No. 2 in preseason poll.  “I’ve got a good team,” said Calipari, whose squad opens the season Friday night at home against Marist.