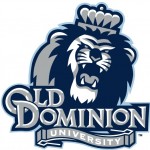 Kentucky is ranked second in the nation, but Old Dominion coach Blaine Taylor believes that may be too low after watching the Wildcats dismantle another opponent.  John Calipari’s squad looks to improve to 4-0 on Sunday when it meets the Monarchs in the title game of the Hall of Fame Tip-Off tournament in Uncasville, Conn.  Kentucky’s starting lineup is comprised of three freshmen and two sophomores while Old Dominion (3-1) has three senior starters, but Taylor is already convinced that the talent-laden Wildcats should be No. 1.