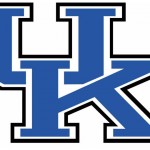 From Athlon Sports:  :Kentucky Wildcats basketball fans are known as the “Big Blue Nation.” But what if the Big Blue Nation were an actual sovereign nation eligible to compete in the 2012 London Olympics? How would an Olympic team comprised solely of Kentucky alums fare against the medal favorites like the USA, Spain and Argentina?  If Kentucky fielded a team in the 2012 London Olympics, it would not have the depth to match Team USA. But the Wildcats’ length, speed and defense would be too much for the likes of Spain and Argentina. The Big Blue Nation would bring the silver medal back to Lexington.”