If you watched this video yesterday, you might have caught the fact that a new addition has been made to Calipari’s staff (see photo capture below from video). Former Cat Marquis Estill has joined John Calipari’s staff as a graduate assistant while he works on finishing his degree.  The Kentucky Gatorade Player of the Year and finalist for Mr. Basketball honors completed his career for Madison Central in Richmond by averaging 20.5 points and 11.3 rebounds per game as a senior, leading Madison Central to a berth in the KHSAA’s Sweet 16. He played at Kentucky from 1999-2003 and was just 64 points shy of joining the 1,000 point club at UK. 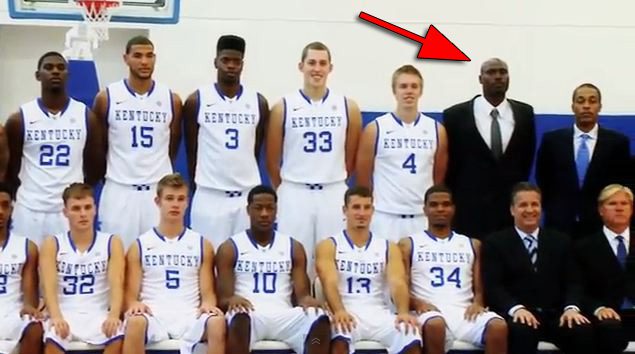