The rapper who grew up just two miles away from the new Barclays Center arena – now the home court of the Brooklyn Nets basketball team – talked about how far he had come in a show sprinkled with emotional speeches.  “I’ve been on many stages all around the world and nothing feels like tonight,” Jay-Z told the cheering audience.  “I’m really overwhelmed by the moment,” he said as he described his humble beginnings in Marcy Houses, a Brooklyn public housing project he noted was just 15 minutes away from the arena. “I can’t believe that this day has come.” 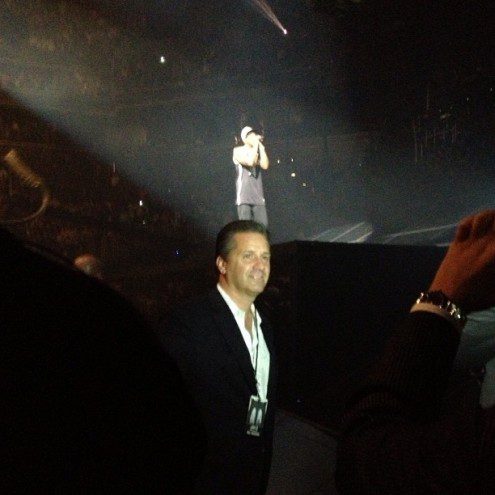