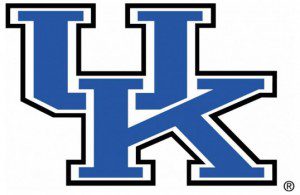 Kentucky lost six players from last year’s national championship team and is again projected to be a title contender this season.

The high expectations remain after the Wildcats won their eighth title behind freshmen Anthony Davis, Michael Kidd-Gilchrist and Marquis Teague. All were first-round NBA draft picks along with Terrence Jones; Doron Lamb and Darius Miller went in the second round.

It’s a tough act to follow for freshmen Nerlens Noel, Alex Poythress, Archie Goodwin and Willie Cauley-Stein – but Kentucky is ranked No. 3 in the preseason poll.