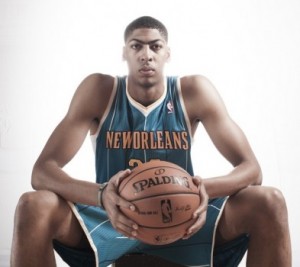 Carmelo Anthony spun around Darius Miller on the dribble and pulled up in the lane as he was bumped hard and knocked off balance by Hornets 7-footer Jason Smith.

Anthony’s 7-foot floater still dropped in for the front end of a three-point play that gave him 19 points in the first quarter alone. He set the tone once again for a Knicks team that is showing the potential to be as good as any New York fans have seen in a generation.

Anthony finished with 29 points and the Knicks extended the undermanned Hornets’ losing streak to four games with a 102-80 victory Tuesday night.

Ryan Anderson, starting in place of Anthony Davis, led the Hornets with 15 points. Davis was ruled out shortly before tip-off because of tenderness in his left ankle.