Following a dramatic two-point victory on the road at Vanderbilt on Thursday, the Wildcats will have a quick turnaround before opening their home portion of the Southeastern Conference schedule on Saturday against new-member Texas A&amp;M.

UK takes on Texas A&M for just the fourth time in program history and the first since the 1978-79 season. The Aggies opened their SEC-era with a victory over Arkansas on Wednesday. 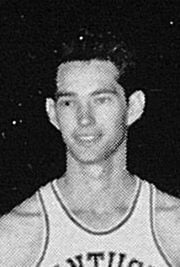