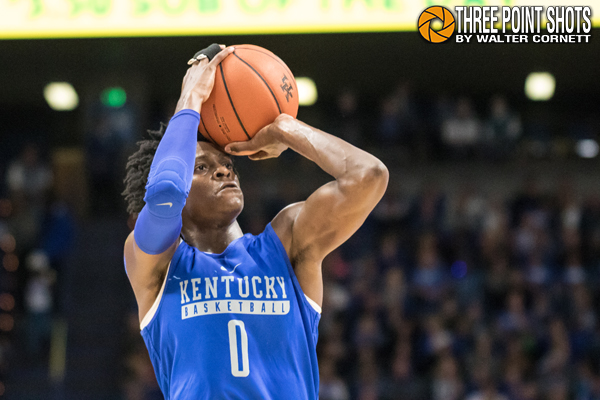 Kentucky coach John Calipari once again must figure out how to use his latest talented freshman class, which this year is big and fills voids at many positions.

All of which means another season of high expectations at a school where a national championship is always the standard.

After finishing 27-9 and losing in the NCAA Tournament’s round of 32 last spring, Kentucky appears capable of contending for a ninth NCAA title. This despite losing six players including several regulars such as Associated Press All-American guards Tyler Ulis and Jamal Murray, who combined to average 37 points per game last season, and 6-foot-11 Skal Labissiere.

Kentucky landed guards De’Aaron Fox and Malik Monk, both 6-foot-3 high school All-Americans who join sophomoreIsaiah Briscoe (9.9 points, 5.3 rebounds per game) in the backcourt. All can handle the ball and shoot, giving Calipari some options, compared with last year’s squad run by Ulis.