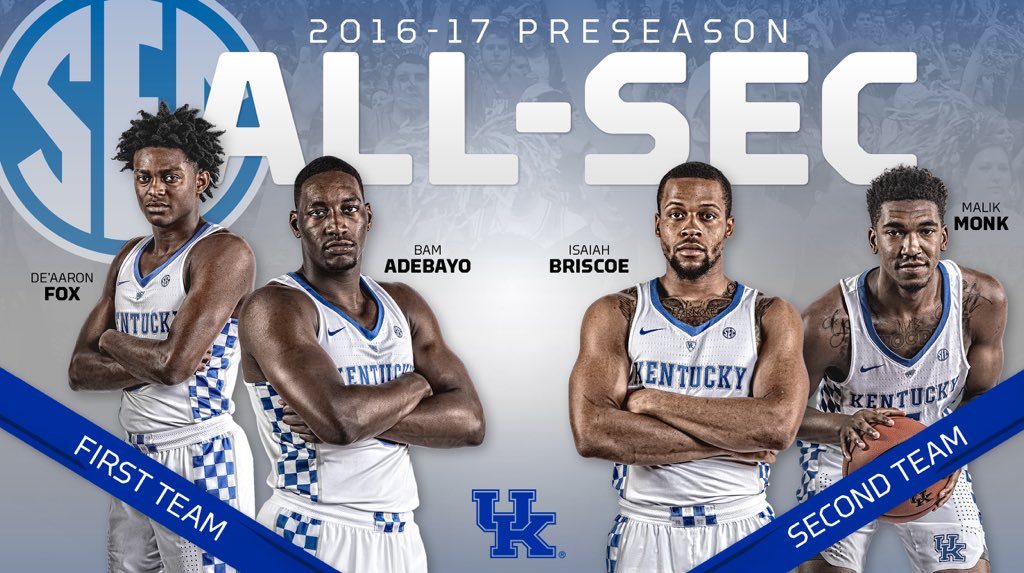 The Southeastern Conference’s media and head coaches agree: Kentucky is going to be very talented.

In addition to Adebayo and Fox, the remainder of the first team consisted of Moses Kingsley (Arkansas), J.J. Frazier (Georgia), Yante Maten (Georgia), Quinndary Weatherspoon (Mississippi State), Sindarius Thornwell (South Carolina) and Tyler Davis (Texas A&M).The coaches’ preseason All-SEC first and second teams consist of a minimum of eight players on each squad, voted on by the SEC head men’s basketball coaches. No ties were broken and no predicted order of finish was made. Ten different schools are represented at least twice, with Kentucky leading the way with four selections. In all, 31 different players received votes for the coaches’ teams.