Skip to content
Cats in the NBA
14
SHARES
ShareTweet 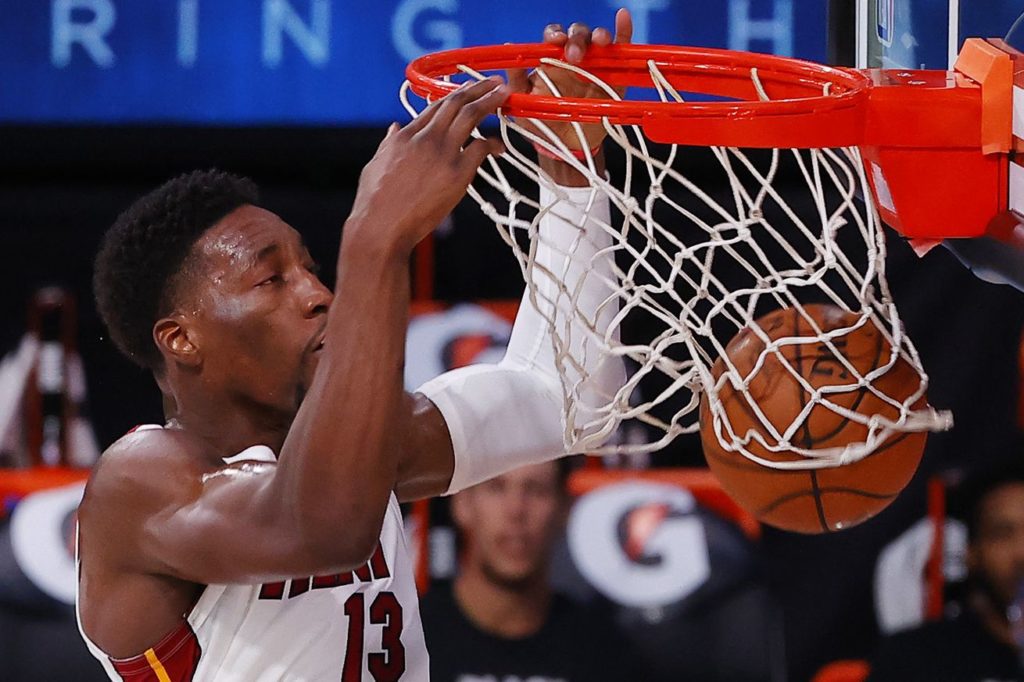 Players were awarded five points for each first-place vote, three points for each second-place vote and one point for each third-place vote.  The voting was conducted based on regular-season games played through March 11.  The seeding games, which were played July 30-Aug. 14 as part of the season restart, did not count toward voting for the Kia NBA Most Improved Player Award or the league’s other traditional end-of-season awards.

Adebayo was deserving of the honor after a breakout season. He is averaging career highs in points, rebounds and assists while earning his first NBA All-Star Game appearance. He is set to become just the sixth player in league history to average at least 15 points, 10 rebounds, five assists, one steal and one block. The others are Larry Bird, Chris Webber, DeMarcus Cousins, Kevin Garnett and Giannis Antetokounmpo.