William (Bill) Bond Keightley, born December 17, 1926 was the equipment manager for the University of Kentucky men’s basketball team, a position he held for 47 years until his death on march 31, 2008. He was known affectionately to most as “Mr. Wildcat,” and players referred to him as “Mr. Bill” or “Big Smooth.”

Keightley was an All-State center for now-defunct Kavanaugh High School in Lawrenceburg, Kentucky.  He graduated in 1944.  He enlisted with the United States Marine Corps, and served in World War II.

Keightly was working as a postal carrier in 1962 when fellow postal employee George Hukle asked him to become his assistant at his other job—equipment manager for the University of Kentucky basketball team.  Keightley accepted the position; ten years later, he succeeded Hukle as equipment manager.  He held the post during the tenures of coaches Adolph Rupp, Joe B. Hall, Eddie Sutton, Rick Pitino, Tubby Smith, and Billy Gillispie.

Family
Keightley was married to Hazel (Robinson) Keightley. The couple had one daughter, Karen, who currently works at the university’s veterinary science center. Keightley was an avid fan of the Cincinnati Reds.

Death
Keightley died on March 31, 2008 after suffering a fall from a bus on his way to the season opening Cincinnati Reds baseball game versus the Arizona Diamondbacks. The cause of death was internal bleeding caused by a previously undiagnosed tumor on his spine. His

memorial service was attended by many prominent basketball coaches, including Billy Gillispie, Rick Pitino, Billy Donovan, Rick Stansbury, and former Kentucky player John Pelphrey. Many other former Kentucky basketball players attended as well. Also in attendance was fmr. Louisville Cardinal player Ellis Myles. The Wildcats will not hire a new equipment manager for the 2009 season. As an additional tribute, the first “K” in “KENTUCKY” on the players jerseys for the 2009 season is black outlined. 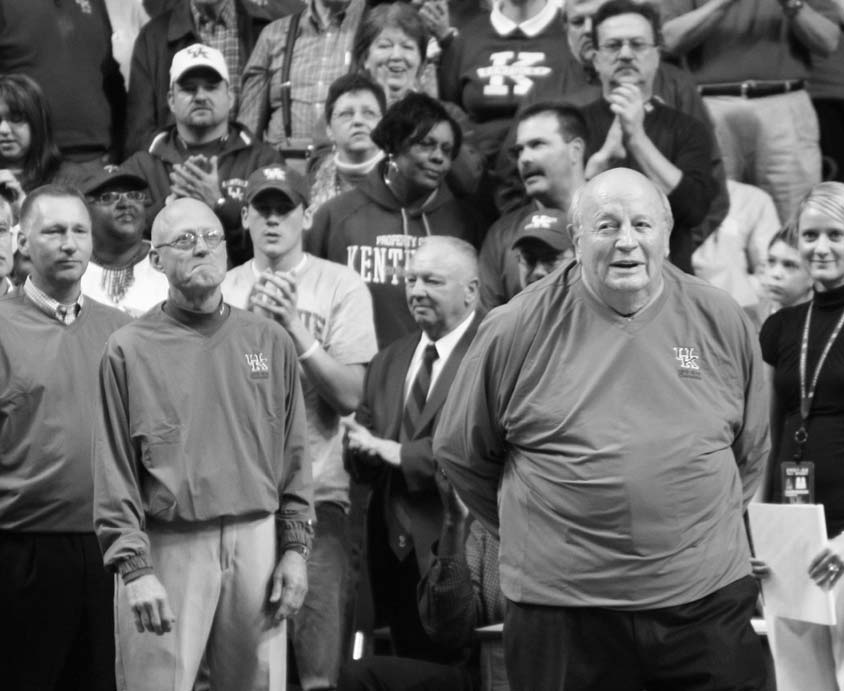 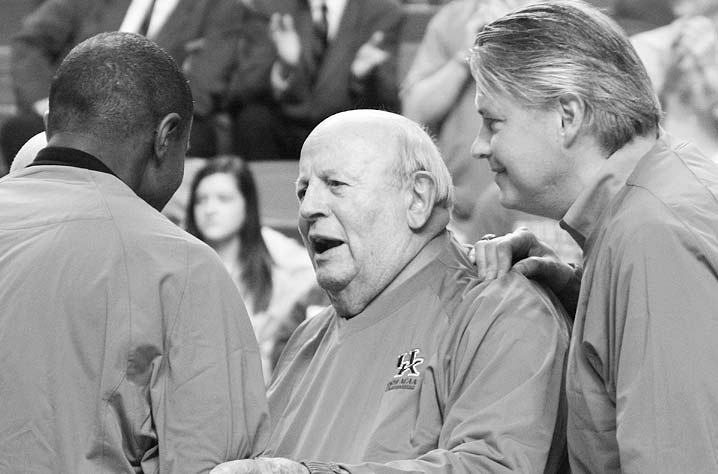 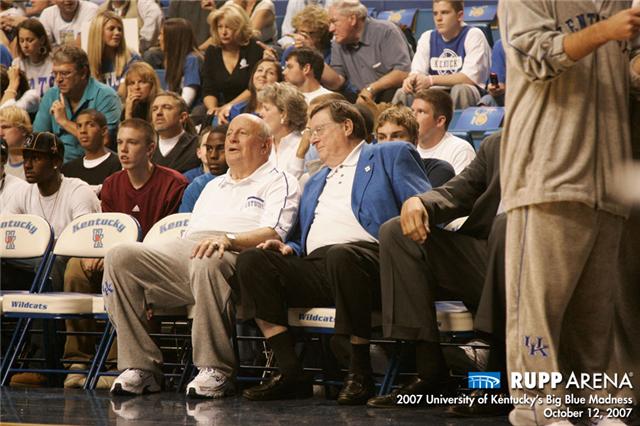 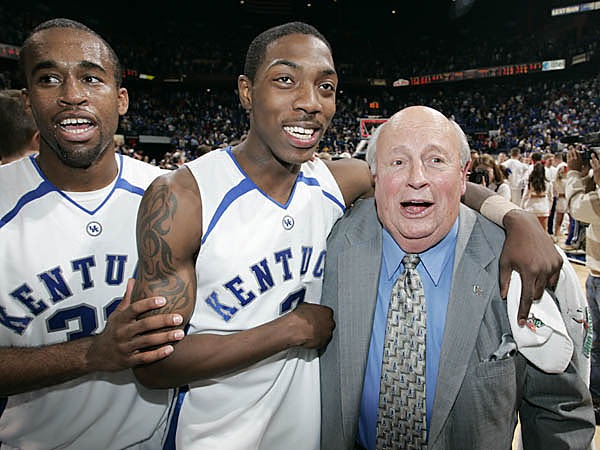 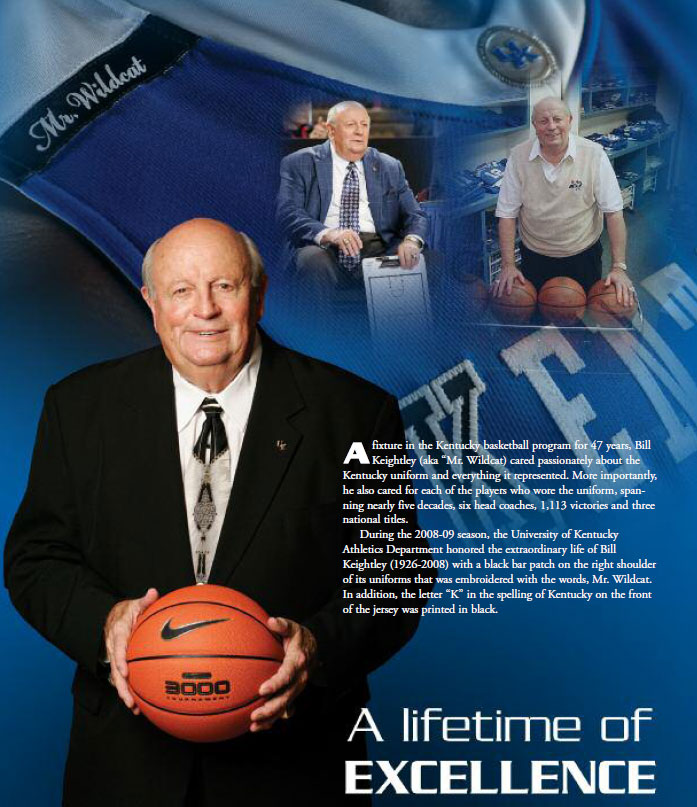 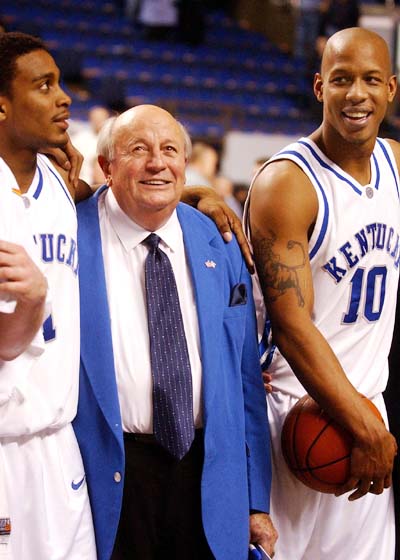