On the heels of a school record 30-win regular season, including a 24-game winning streak and 16-0 mark in league play, Kentucky earned the overall No. 1 seed in the NCAA tournament. The Wildcats defeated in-state rival Louisville, 69-61, to earn a spot in the championship game en route to Kentucky’s eighth national title and John Calipari’s first.

The Wildcats scoring was as balanced as ever with five players averaging double-figures led by Anthony Davis’ 14.2. Doron Lamb (13.7), Terrence Jones (12.3), Michael KiddGilchrist (11.9) and Marquis Teague (10.0) rounded out UK’s top five in scoring.

Davis finished with 10.4 rebounds and a national best 4.7 blocks per game shattering the school, SEC and NCAA freshman records for blocks in a season.

Kentucky’s top freshman, Anthony Davis, had a rough shooting night, but John Calipari coached this team to a wire-to-wire victory, to cap a season that cried for no less than a championship for their ol’ Kentucky home.

Doron Lamb led the Wildcats with 22 points, including back-to-back 3-pointers that put them up by 16 with 10 minutes left.

The Jayhawks, kings of the comeback all season, fought to the finish and trimmed that deficit to five with 1:37 left. But Kentucky made five free throws down the stretch to seal the win.

Michael Kidd-Gilchrist, was another headliner, creating space for himself to score all 11 of his points in the first half.

Davis, meanwhile, might have had the most dominating six-point night in the history of college basketball, earning the nod as the most outstanding player. He finished with 16 rebounds, six blocks, five assists and three steals – and made his only field goal with 5:13 left in the game. It was a surefire illustration of how the 6-foot-10 freshman can exert his will on a game even on a rare night when the shot isn’t falling. 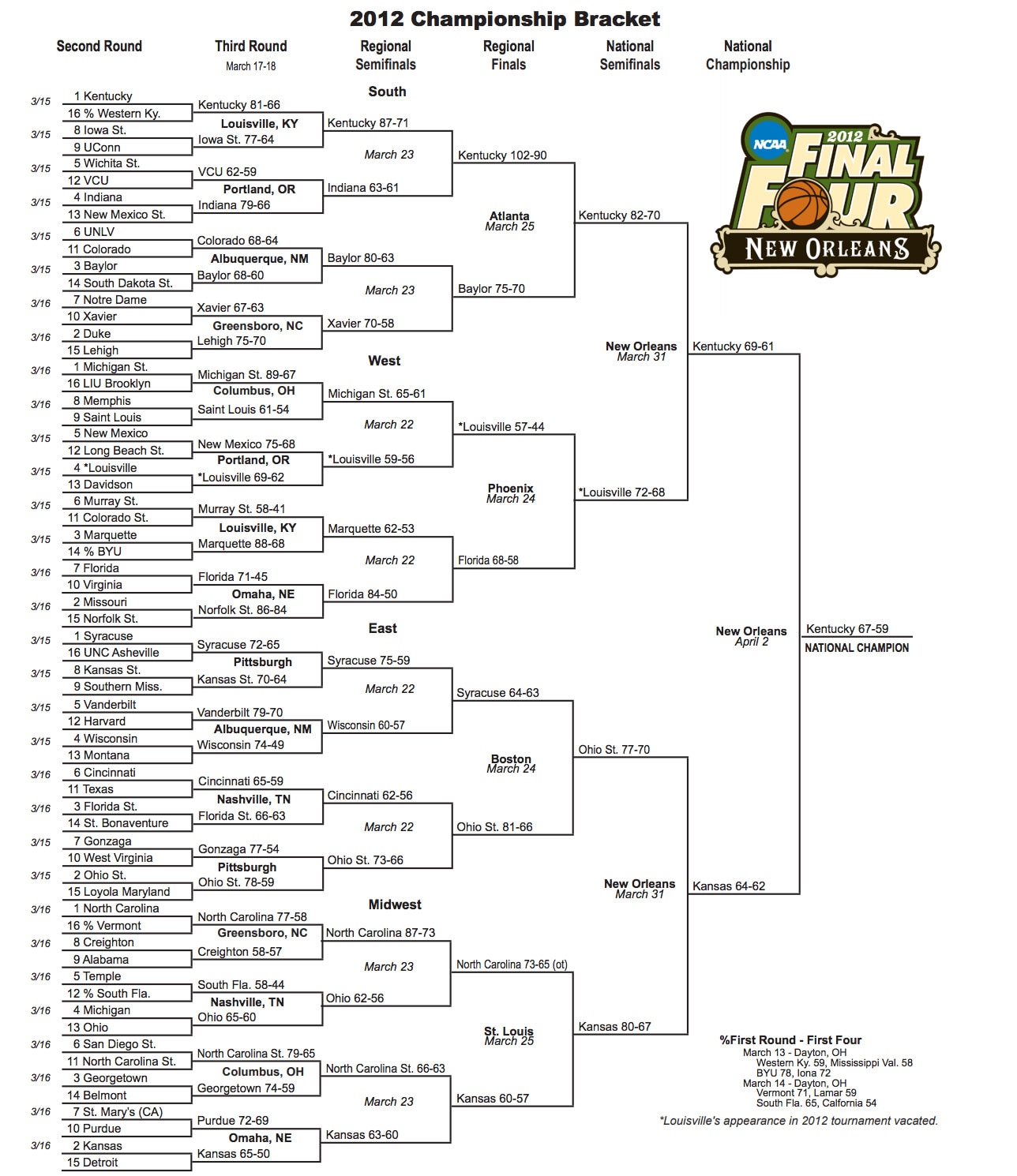