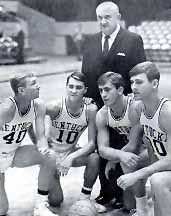 The 1965-66 UK team earned this nickname because the tallest man among the Wildcats starting five was guard Tommy Kron, at 6-5. Center Thad Jaracz, who worked his way into the starting lineup, was also 6-5, while forwards Larry Conley and Pat Riley were 6-4 and guard Louie Dampier was 6-0. The team became one of Rupp’s favorites during his long tenure at Kentucky. Before the season started, Rupp commented, “I honestly believe that man-for-man we just might have in the making a better team than we had in 1958, when we won the national championship.” The Runts did indeed turn out to be one of the outstanding teams in UK’s glorious history, compiling a sparkling 27-2 record, but coming just one win shy of the NCAA title when upset by Texas Western (now UTEP) in the finals, 72-65. During the 1990-91 season, UK honored Rupp’s Runts on the silver anniversary of their NCAA runner-up season. 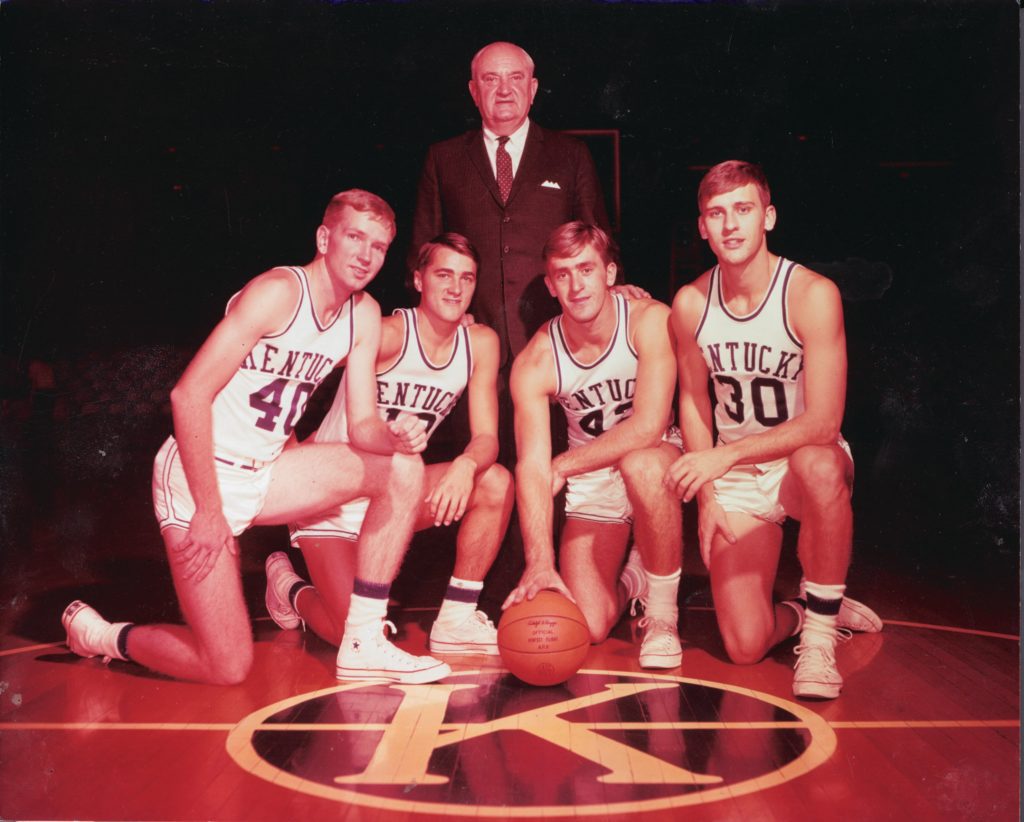 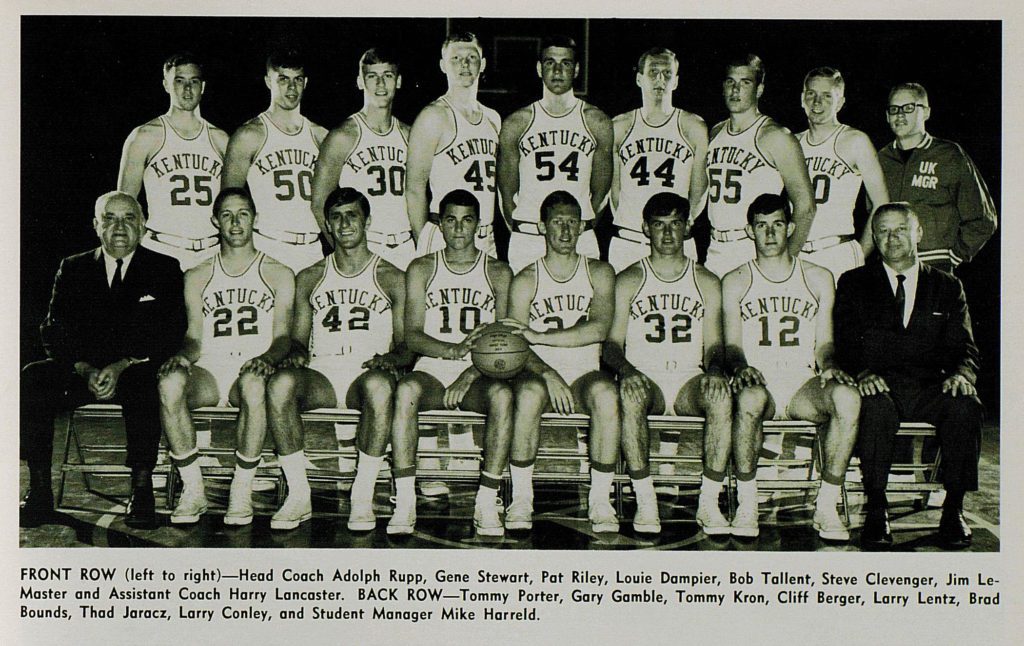