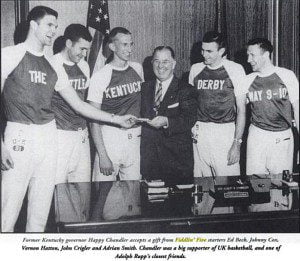 Before the 1957-58 season began, Coach Adolph Rupp commented about the upcoming season, ‘We’ve got fiddlers.  That’s all.  The’re pretty good fiddlers.  Be right entertaining at a barn dance.  But I’ll tell you….you need violinists to play in Carnegie Hall.  We don’t have any violinists.”.   When the Wildcats became notorious for, as Rupp put it, “fiddlin’ around and fiddlin’ around then finally pulling it out at the end,” the team was tagged with the nickname “The Fiddlin’ Five.” The ‘Fiddlin’ Five” became Rupp’s fourth national championship team when it defeated Elgin Baylor and Seattle in the title game at Louisville’s Freedom Hall, 84-72. After the game Rupp said, “Those boys certainly are not concert violinists, but they sure can fiddle.” 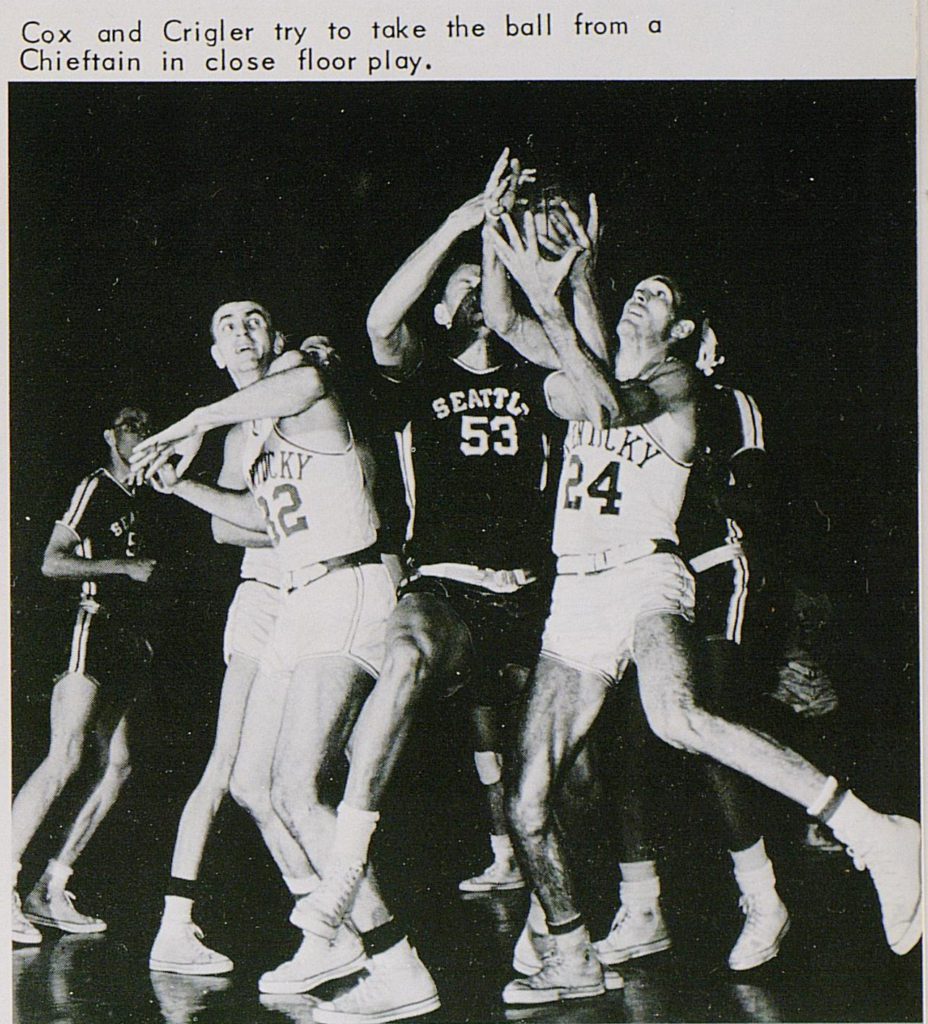 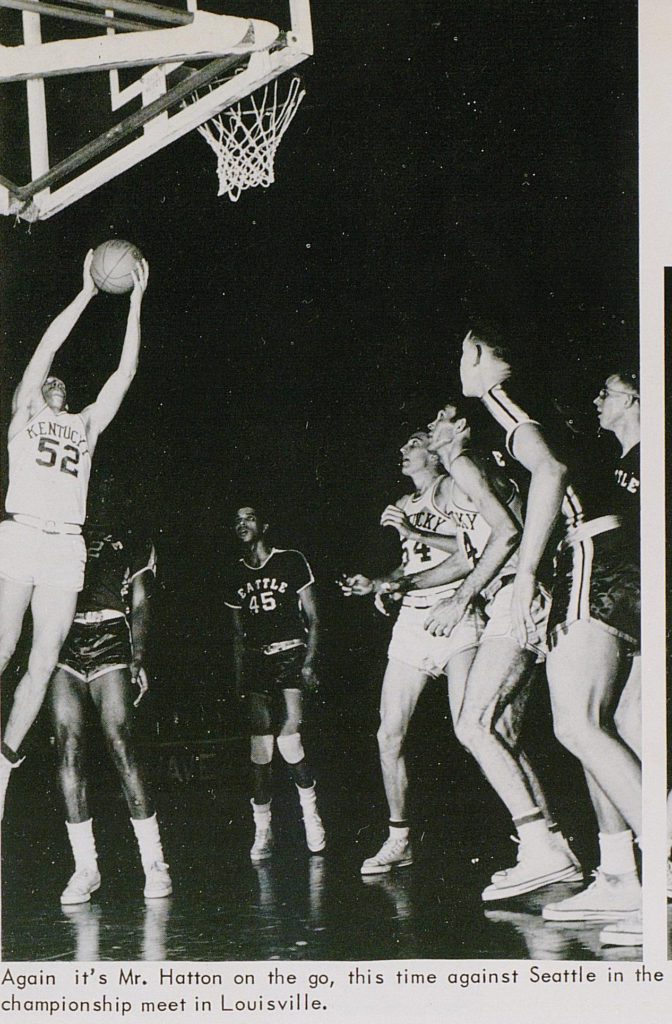 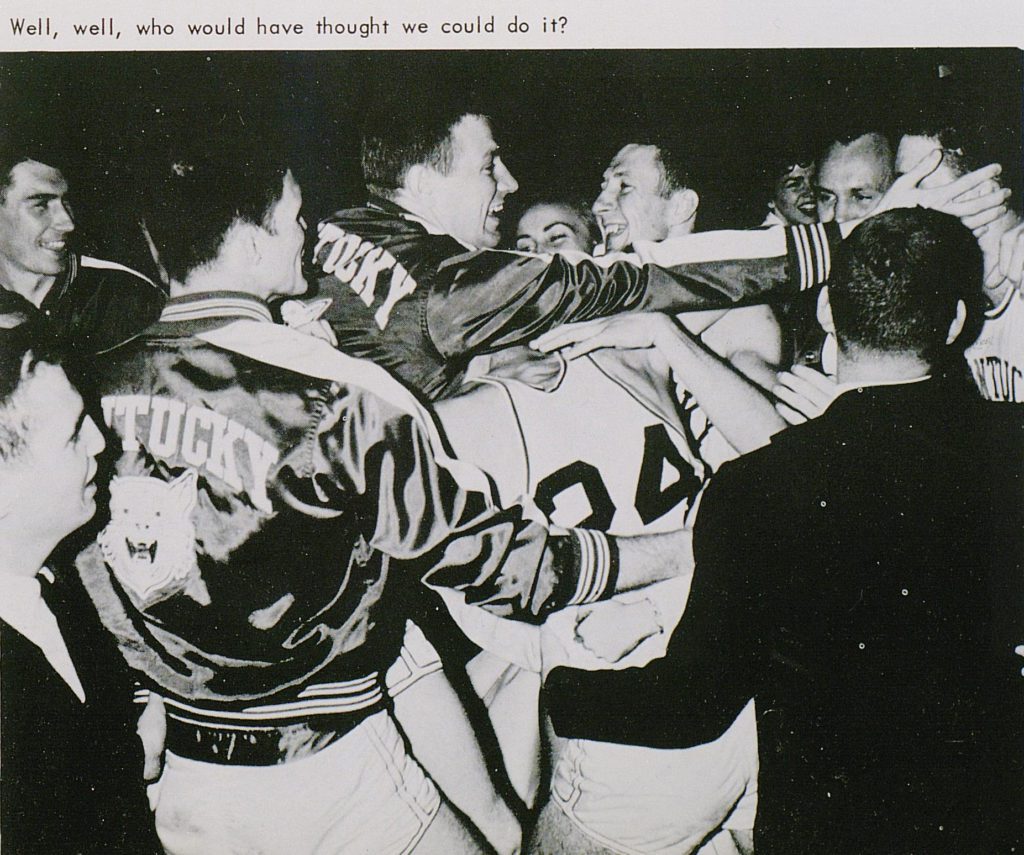 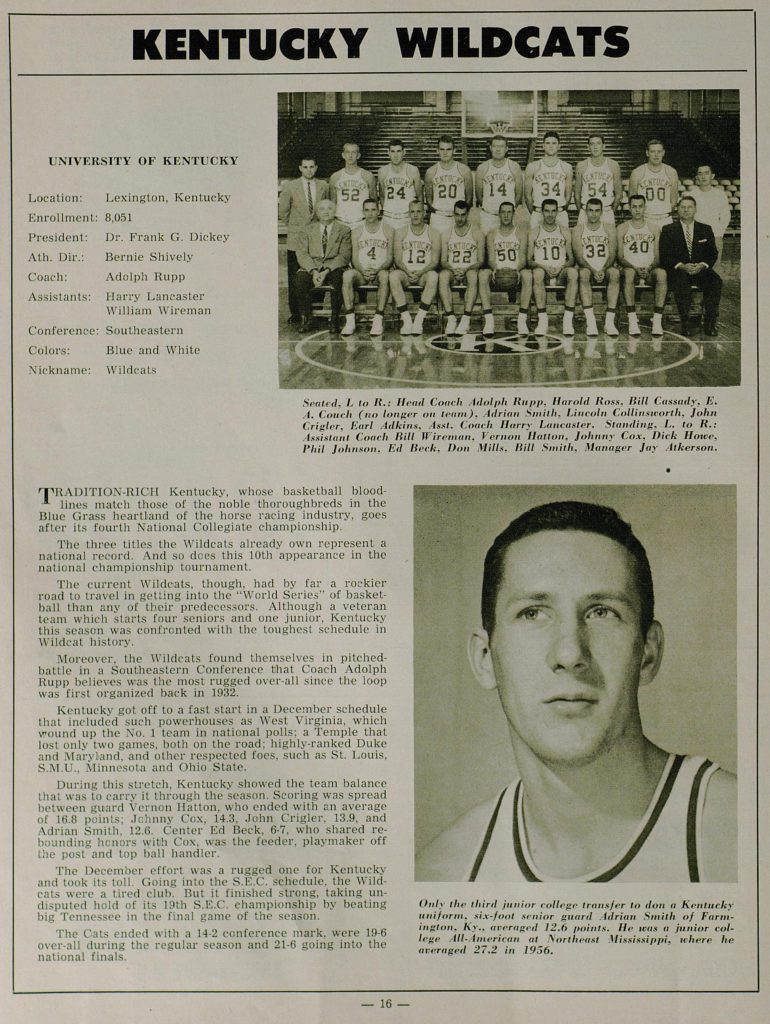 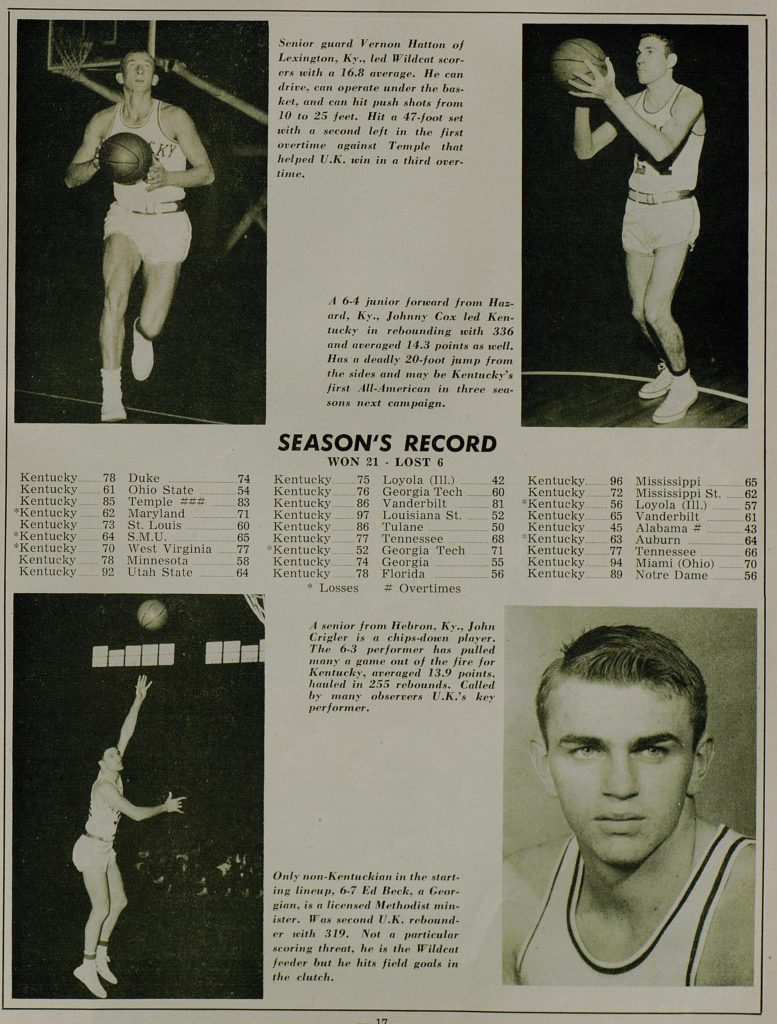