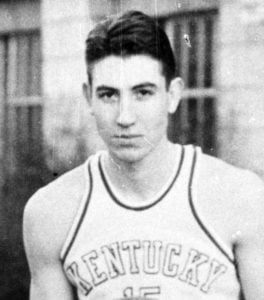 Taylor, who started his northern Kentucky banking career in the late 1940s, went to Owensboro National Bank in 1965 where he was vice-president and trust officer.

He was active in helping young people through his leadership with First Methodist Church, Covington; Northern Kentucky Young Men’s Christian Assn., and several other civic groups.

A WWII vet, Taylor entered the Army as a private in 1942 and left as a captain in 1945 after having served as member of Gen. Dwight D. Eisenhower’s staff.

A native northern Kentuckian, he graduated from University of Kentucky and entered the banking field in 1936 with First National Bank, Cincinnati.