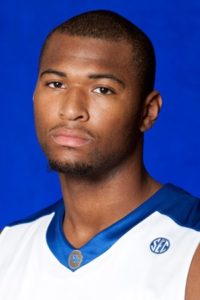 Averaged 24.1 points, 13.2 rebounds, 4.6 assists, 3.2 blocks and 5.1 steals per game his senior season … Earned Parade and McDonald’s All-American honors in 2009 … Finished the McDonald’s All-American Game with 14 points and eight rebounds in 17 minutes of play…A member of the 2009 USA Junior National Select Team … Participated in the Jordan Classic All-Star Game and Nike Hoop Summit … Helped lead LeFlore to state semifinal appearances in 2008 and 2009 … Ranked the second best recruit in the country and the No. 1 power forward by Rivals.com.