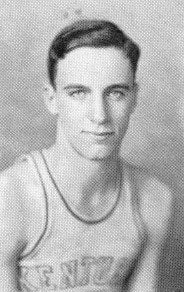 Skinner, who grew up in Lexington, worked for U.S. Steel for about 27 years, retiring in 1977. He was an attorney for the corporation in Pittsburgh for many of those years. During his last 6 – 1/2 years with the corporation, he worked in the Bahamas as corporate secretary over several U.S. Steel subsidiaries, said his daughter, Betsy Walkup of Bronxville, N.Y. He returned to Lexington after retiring.

Skinner was the son of the late Charles E. Skinner, a former principal of Henry Clay High School, and the late Ellen L. Skinner, who taught in Lexington public schools. A World War II Army veteran, he left the service with the rank of lieutenant colonel.

Skinner was a member of Oleika Shrine Temple, the Civil War Round Table and the Sons of the American Revolution.

He was a former clerk of session for the Second Presbyterian Church in Lexington and was active in the Donovan program at UK.

Other survivors are his wife, Mary Dantzler Skinner; another daughter, Mary Ellen Bixby of Brattleboro, Vt.; a sister, Elizabeth Skinner of Evansville, Ind.; and three grandchildren.

The funeral is scheduled for 11:30 a.m. Friday at W.R. Milward Mortuary – Southland. Visitation is from 4 to 7 p.m. Thursday at the funeral home.