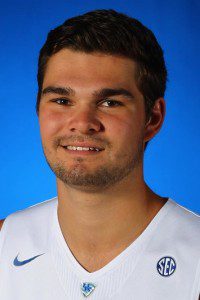 High School: Originally a member of the 2016 class before reclassifying to 2015 … As a member of the 2016 class, he was rated a top-50 prospect by most major recruiting services … A native of Sydney, Australia, Humphries was a vital piece of the Australian U17 National Team that won the silver medal at the 2014 FIBA U17 World Championship … Helped guide the Australians to the championship game … He led the team in scoring (18.9 points per game), rebounding (11.6 rebounds per game), blocked shots (3.3 blocks per game) and field-goal percentage (.576) … Had a 41-point, 19-rebound effort in a victory over UK teammate Jamal Murray’s Canadian U17 National Team … In the championship game vs. the United States, he recorded eight points and seven rebounds … Played prep ball in 2014-15 at La Lumiere School in La Porte, Ind. … Was ranked as high as No. 34 in the Rivals 2016 rankings before reclassifying to 2015 … Scout lists him as the ninth-best center in its new 2015 rankings.