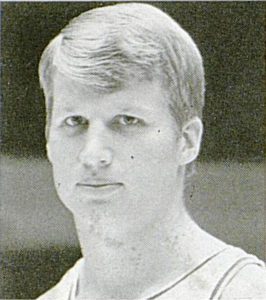 Officers from the Leitchfield Police Department found Dinwiddie dead of a single gunshot wound in his home on the public square in Leitchfield. They had been called to the scene at 10:07 a.m., according to a news release from the police department.

Dinwiddie grew up in Leitchfield and returned there to work as an attorney after his career at UK.

The News-Enterprise of Elizabethtown reported that Dinwiddie’s secretary found him in the bedroom above his law office, which was in a former hotel building he owned.

Dinwiddie was a 6-4 guard who played for the Wildcats under Adolph Rupp for three seasons, from 1968 to 1971, scoring 277 points over his career.

He was drafted in the 10th round of the NBA draft by the Philadelphia 76ers in 1971.

Watson and Hunt Funeral Directors in Leitchfield is in charge of arrangements.