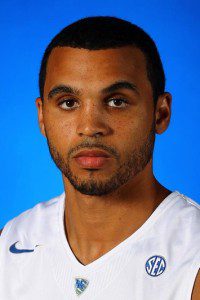 Junior College: Junior college transfer … Averaged 15.7 points and 6.4 rebounds per game while connecting on 46.3 percent of his field goals from 3-point range as a sophomore at Vincennes University … Will have two years of eligibility remaining … Rated as the No. 18 junior college prospect and the No. 5 junior college shooting guard by 247Sports … Earned junior college All-America honors this past season while leading Vincennes University to a 33-2 during his sophomore season … During his freshman campaign, he averaged 8.6 points and 4.6 rebounds while shooting 38.3 percent from long range … Originally a member of the 2013 class and was considered a top-10 prospect out of Canada at the time.
High School: Attended Catholic Central High School in Windsor … Led Catholic Central to a Provincial Championship … A two-time league most valuable player … Was named to the All-City team during all four years on the varsity squad … Also competed in football and track and field … Claimed a city championship in the high jump with the track program.