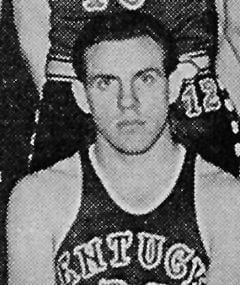 Hodge was a graduate of Paris High School and attended Hun Prep School in New Jersey before entering the University of Kentucky on a football scholarship.

In addition to playing fullback on the football team, he was named All-Southeastern Conference guard on the basketball team.

He served four years with the U.S. Marines during World War II and was discharged with the rank of major at the end of the war.

Survivors include his wife, Lucy Hodge; a son, David Hodge; and a sister, Margie Mooneyhan of Covington, Ky.

Services and burial will be held in Coronado, where he had lived since his retirement.