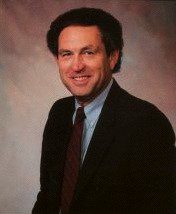 Little did Eddie Sutton know that one day he would become the head coach at one of those schools he dreamed about — the University of Kentucky. Now, 41 years later, Sutton works for what he calls. “the greatest basketball school in the country.” The date was April 2. 1985. The place was the 18th floor of the Patterson Office Tower on the University of Kentucky campus. The occasion was a rare one for only twice in the previous 55 years had UK named a new head basketball coach — once in 1930 when a young man named Adolph Rupp was chosen and once in 1972 when Joe B. Hall succeeded the legendary Rupp.

UK President Dr. Otis Singletary introduced Sutton to the assembled media as Kentucky’s new coach. “Kentucky epitomizes to me what college basketball is all about.” Sutton said on that bright April day in Lexington. “The tradition is what amazes me because when you go around the world — and the game has allowed me to do that — people talk about Kentucky basketball.”

It was that type of tradition that lured Sutton away from the University of Arkansas, where in 11 years Sutton had taken the Razorbacks from the basement of the Southwest Conference to a perennial national power.

A native of Bucklin, Kansas, Sutton left his mark at the Fayetteville, Arkansas school. After taking the Arkansas job in 1974, Sutton immediately worked wonders, guiding his first two teams to 17-9 and 19-9 records. Sutton got the Razorbacks in the NCAA tournament in 1977 and they have been there ever since. Arkansas’ current record of nine straight NCAA appearances was matched only by North Carolina. While winning nearly 78 percent of the time, Sutton’s Razorback teams averaged nearly 24 victories a season and won five Southwest Conference titles. His overall (77.6) and Southwest Conference (79.7) winning percentages are league records that may never be approached. His overall record at Arkansas was 260-75. Coach of the Year honors had been frequent. He had won national honors twice (1977 and 1978) and had been named the SWC’s top coach four times. Sutton created a monster in the Ozarks. His teams were nearly impossible to defeat at Barnhill Arena, Arkansas’ on-campus home. Under Sutton’s direction, the Hogs were 121-8 at Barnhill, a stunning percentage of .932. Razorback games had been sold out before the season began for the previous eight years and tickets to Arkansas’ basketball games had become nearly impossible for non-season ticket holders to secure. One of Sutton’s finest coaching jobs came in 1985 when his youngest team challenged a schedule ranked 12th-toughest in the country by the NCAA and still managed 22 victories. The Hogs accomplished this feat despite having only two seniors and one junior on the squad. It marked the ninth consecutive year the Razorbacks won at least 21 games — another SWC mark.

Sutton learned his trade as a player, then graduate assistant coach for the legendary Henry Iba at Oklahoma State. He graduated from OSU in 1958 and received his master’s degree from the school in 1959. His first coaching job came at Tulsa (Okla.) Central High School, where he built a 119-51 record in six years. In 1967, he took over at Southern Idaho Junior College, a school that had never fielded a basketball team before. In three short years, Sutton compiled a remarkable 83-14 record. His first major college test came in 1970, when he accepted the head coaching job at Creighton University. By 1974, Sutton had built a powerhouse — a team with a 23-6 record and ranked 14th in the polls. He spent five years at Creighton, compiling an 82-50 record and establishing himself as one of the finest young coaches in the game, before moving on to Arkansas for the 1974-75 season.

In 25 years of coaching high school, junior college and college teams, Sutton had a record of 545-190. His major college record was 342-125. Another tribute to Sutton’s success was the number of head coaches he had turned out. Gene Keady (Purdue), Pat Foster (Lamar) and Bill Brown (California State-Sacramento) were head coaches who were one-time Sutton assistants at Arkansas.

Off the court, Eddie Sutton always emphasized discipline and academics. Nearly 90 percent of the players who completed four years at Arkansas earned degrees. He developed close relationships with his players, evidenced by the fact that players frequently stopped by his office to chat. His open-door policy made him accessible to those around him and hardly a day went by that a former player didn’t call to talk with Sutton.

On the court, Sutton’s success had been built on what he called the “three D’s — dedication, discipline, and defense.” The Razorbacks had annually ranked as one of the nation’s top defensive teams, drawing raves for their suffocating style of man-to-man defense. Sutton said the biggest difference Wildcat fans would notice on the court would be his teams’ reliance on an aggressive man-to-man defense 90 percent of the time. Offensively, Sutton teams had ranked as the best in the nation in field goal shooting.

Sutton and his wife, Patsy, had three sons: Stephen, Sean, and Scott.

Known for his reputation of building teams from scratch, Eddie Sutton left Arkansas and came to Kentucky with the cupboard far from empty. With returning All- American Kenny Walker anchoring the paint, Sutton’s first Wildcat team was his best, rolling to a 32-4 record in 1985-86 and a berth in the Elite Eight. His Wildcats were third in the final polls, finished 17-1 in SEC play and rolled to the school’s 36th league championship. All this after most prognosticators picked the Cats for a third-place conference finish.

Sutton battled through the 1987 season, as injuries depleted the Wildcats’ roster to only seven scholarship athletes. But in his third year, UK bolted to 10-0 start with wins over Indiana and Louisville to earn a No. 1 ranking. The Cats were crowned SEC champs in both the regular season and postseason but fell to Villanova in the Southeast Regional final, 80-74.

Following the 1988 season, Sutton’s reign came under siege as rules violations were discovered in the UK basketball program. The embattled coach completed his UK career with a 13-19 record in 1989, the school’s first losing season since 1927. He resigned his post following the season, and after leaving basketball for a year, returned to Oklahoma State where he is still head coach.

Eddie Sutton, who won more than 800 games and was the first coach to take four different schools to the NCAA men’s basketball tournament, died May 23, 2020 of natural causes. He was 84.