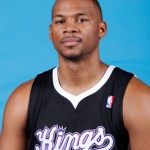 Free agent Chuck Hayes, whose four-year deal with the Kings was voided after he failed the team’s physical, has been absolved of any heart issues by the renowned Cleveland Clinic, his agents said Thursday.  Hayes underwent “a full day of exhaustive testing and exams” Wednesday, directed by Dr. Steven Nissen, the chairman of cardiovascular medicine at the Cleveland Clinic, according to a statement released by agent Calvin Andrews of BDA Sports.