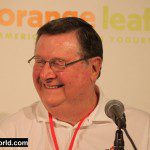 Georgetown great Patrick Ewing and former Kansas star Clyde Lovellette lead a 10-member class that will be inducted into the National Collegiate Basketball Hall of Fame in November.  The class was announced Tuesday in Kansas City.  The two post players will be joined by North Carolina’s Phil Ford, Wyoming’s Kenny Sailors, Grambling’s Willis Reed and Winston-Salem State’s Earl Monroe.  Also inducted will be Joe B. Hall, who followed Adolph Rupp as the coach of Kentucky, and Dave Robbins, who won more than 700 games at Virginia Union.