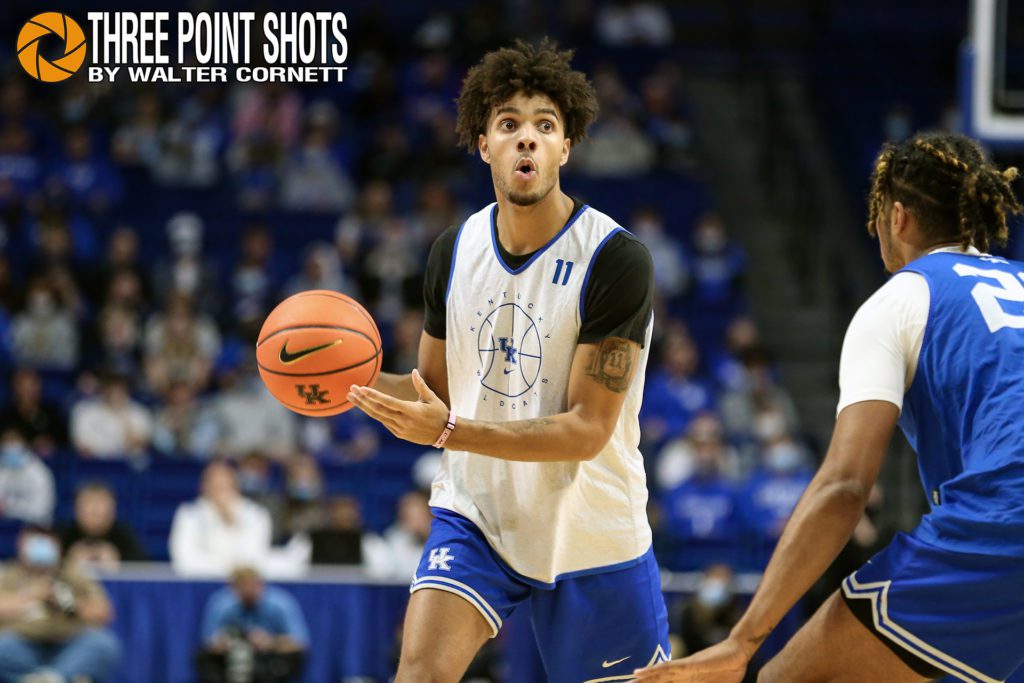 The Kentucky basketball team appears to have a couple of things that the 2020-21 squad was lacking – depth and shooting. Both of those items were on full display in Friday’s Blue-White Game at Rupp Arena.

Kentucky head coach John Calipari played 13 players, 11 of whom scored in Friday’s contest. And that did not include CJ Fredrick and Jacob Toppin, neither of whom played in the game.

As for how he gets all of the players into the game, Calipari is confident that the situation will work itself out.