Skip to content
Cats in the NBA
8
SHARES
ShareTweet 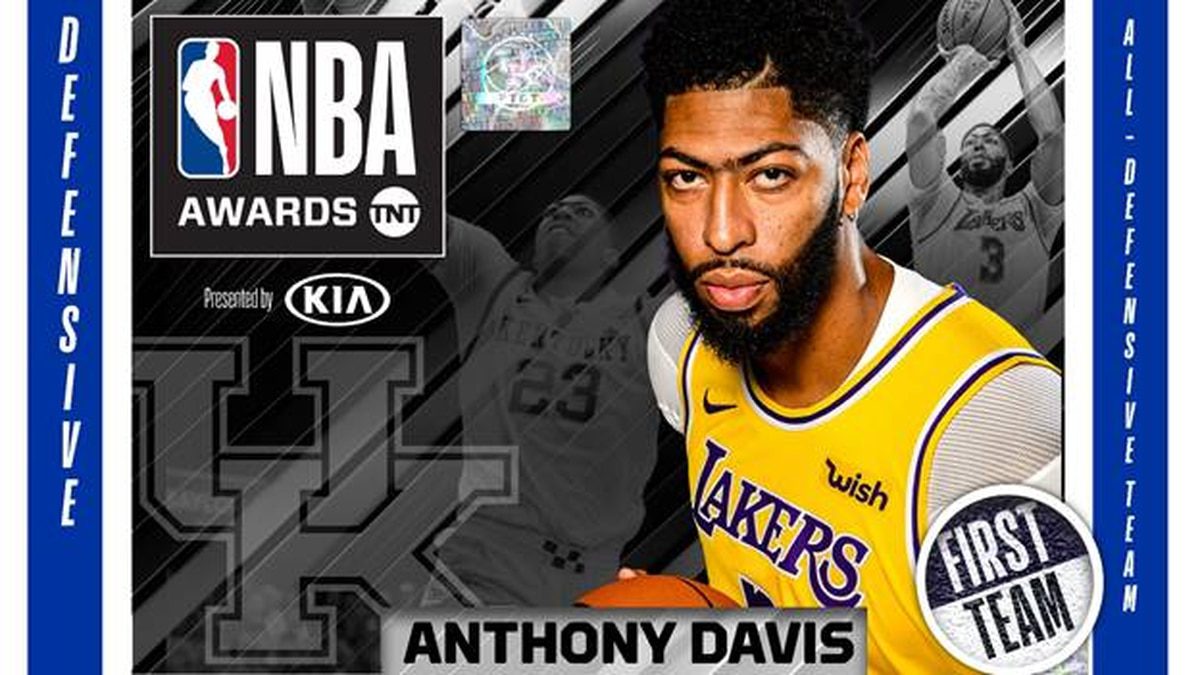 Davis has been selected to an All-NBA Defensive Team four times in his career, with the 2019-20 season marking his second first-team selection. He was also a first-team pick in 2017-18. The first-year Laker was a second-team selection in 2014-15 and 2016-17. With four career selections, Davis ties Tayshaun Prince and Rajon Rondo for the most selections by a former Wildcat all time.

Bledsoe is a two-time All-NBA Defensive Team selection after earning first-team honors in 2018-19. Adebayo’s honor is the first of his career.

Davis, with 187 total votes, was the second-leading vote getter this season. He is joined on the first team by Milwaukee’s Giannis Antetokounmpo, the 2021 NBA Defensive Player of the Year, Utah’s Rudy Gobert, Philadelphia’s Ben Simmons, and Boston’s Marcus Smart.

Kentucky led all collegiate programs with three representatives on the defensive teams. No other school had more than one selection. The Southeastern Conference was also represented by Beverley (Arkansas) and Simmons (LSU) to lead all conferences.

Entering Tuesday’s slate of games, the Chicago native is averaging 29.7 points per game in the playoffs for the Lakers, who earned the Western Conference’s No. 1 overall seed.

Named to the NBA All-Star team for the seventh straight season in February, he was tabbed a starter for the fourth time. In 2017, he won MVP honors on what was then his home court in New Orleans. Davis scored an All-Star Game record 52 points in addition to contributing 10 rebounds. He broke Wilt Chamberlain’s previous scoring record of 42 points set in 1962.

Davis was the 2012 NCAA Final Four Most Outstanding Player after leading Kentucky to the 2012 national championship, Davis has already put together a long list of accolades in the NBA during his short career. Among his most noteworthy achievements, he’s a three-time All-NBA First Team selection (2015, 2017 and 2018) and made the NBA All-Rookie Team in 2013. He was considered the consensus national player of the year in 2012 before being drafted No. 1 overall by the New Orleans Pelicans (formerly the New Orleans Hornets) in 2012.

Adebayo, who was a part of the 2017 Elite Eight and SEC championship team at Kentucky, has transitioned in year three from a talented young big man with potential to one of the game’s best forwards. He made his first NBA All-Star appearance in February and took home the NBA Skills Challenge trophy during All-Star Weekend in Chicago.

At age 22, the 6-foot-9 forward concluded the regular season averaging 15.9 points, 10.2 rebounds and 5.1 assists per game to become the second-youngest player in NBA history to have a 15-10-5 season, trailing only Hall of Famer Oscar Robertson.

In his lone season at Kentucky, Adebayo averaged 13.0 points, 8.0 rebounds and 1.5 rebounds. He was tabbed to the All-SEC Second Team by both the media and the league’s coaches. He was also an All-SEC Freshman Team selection and a member of the SEC All-Tournament team after helping lead UK to the crown. He registered eight double-doubles with the Wildcats before being selected 14th overall by the Heat in 2017.

Regarded across the league as a lock-down defender with elite athleticism, Bledsoe has a unique ability to be a pesky on-ball defender while also, at 6-1, also routinely coming up with highlight-reel blocks at the rim. Bledsoe, who helped the Bucks to the Eastern Conference’s No. 1 seed, started every game for Milwaukee this season that he’s played in. Offensively, he averaged 14.9 points, 5.4 assists and 4.6 rebounds in the regular season with a 17.68 player efficiency rating.

Bledsoe played his lone season at Kentucky in 2009-10, Calipari’s first at UK. Bledsoe and the Wildcats won the SEC regular-season and tournament championships, went 35-3 and advanced to the Elite Eight. Defensively, Bledsoe totaled 52 steals with 12 blocks that season in addition to a stellar offensive season that saw him average 11.3 points, 3.1 rebounds and 2.9 assists. He made the All-SEC Freshman Team and the SEC All-Tournament Team.

After the season, Bledsoe was selected 18th overall by the Oklahoma City Thunder in the 2010 NBA Draft.

Kentucky has enjoyed unprecedented success at putting players in the NBA under John Calipari. In the 10-plus seasons of the Calipari era, 38 players have been selected in the NBA Draft, more than any other school. Included in the recent run are 29 first-round picks, three No. 1 overall selections (Davis, Karl-Anthony Towns and John Wall) and 21 lottery selections. A staggering 29 players from Kentucky were on NBA opening-day rosters (including two-way and inactive lists), the most of any school.

Calipari’s players are not only reaching the next level, they are succeeding when they do. His players have garnered 22 All-Star selections. Derrick Rose (from Memphis) was named league MVP in 2011. Five of his players have been tabbed All-NBA (Rose, Wall, Davis, DeMarcus Cousins and Towns), three have been named NBA Rookie of the Year (Rose, Tyreke Evans and Towns), and 12 players from Calipari’s first nine teams at Kentucky have made the NBA All-Rookie teams.

Using figures compiled by basketball-reference.com and spotrac.com, Calipari-coached players only (which includes Rose but not Rajon Rondo) have amassed more than $2.26 billion in career NBA contracts. In the 11 seasons Calipari has been the head coach at Kentucky, his players have totaled nearly $1.9 billion in NBA contracts.

Calipari has had at least one player selected in the top 10 of the draft in each of the last 12 seasons, dating back to his time at Memphis. No other school or coach in the country has had a first-round pick in each of the last 11 seasons. Calipari is the only coach in the history of the sport to have four players drafted No. 1 overall (Rose – 2008, Wall – 2010, Davis – 2012, Towns – 2015).